NPB and CBP Collaborate to Keep ASF Out of the U.S. - Pork Checkoff
Skip to content 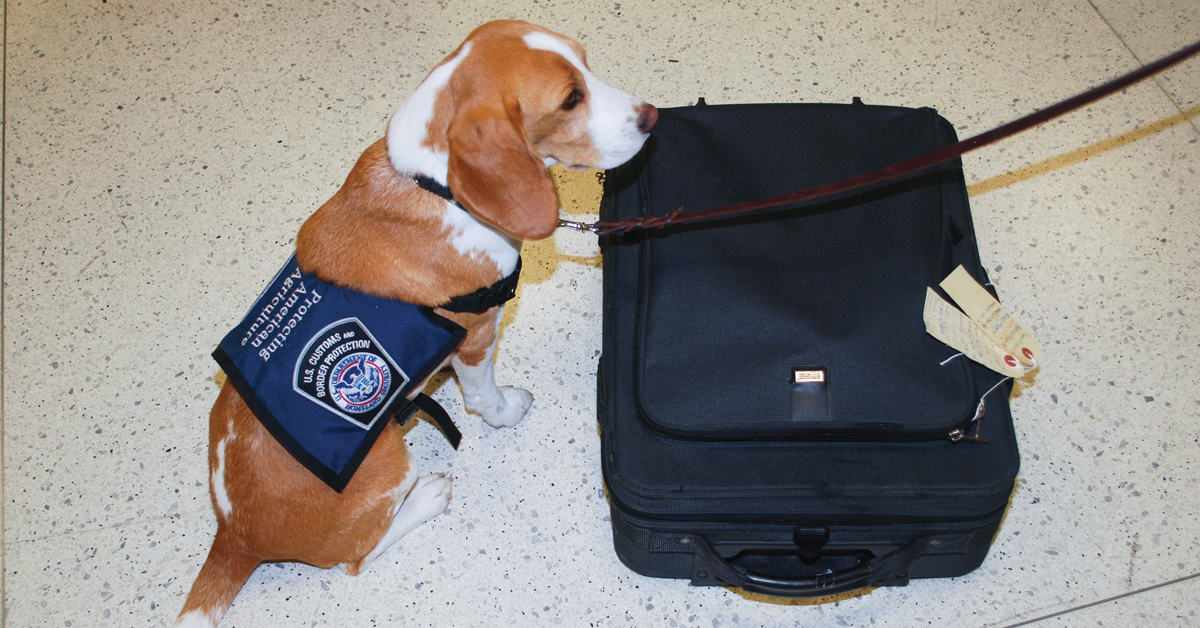 African swine fever (ASF) has never reached the U.S. swine herd, but that’s little comfort to producers whose livelihood depends on keeping the virus out.

“We continue to work with CBP to develop resources that are aimed at both on-farm and non-farm audiences to reduce the threat of ASF being introduced here,” says Pam Zaabel, DVM, Director of Swine Health at NPB. “We’re always looking for novel ways to raise awareness of foreign animal diseases (FADs) such as ASF, especially to those who are not familiar with the risks of international travel.”

NPB has communicated and exchanged ideas with CBP.

“It’s always encouraging to stop and review the statistics gathered by CBP that are the result of the ongoing work they do to help keep our nation’s swine herd safe,” Zaabel says.

CBP Is One of the Safeguards for U.S. Swine Herd

In a normal year of travel, millions of people move across international borders. With that, the risk of ASF and other FADs entering the United States also rises.

While all FADs could present a risk by hitching onto travelers’ shoes and clothing, ASF is unique because it can survive in undercooked, dried or frozen pork products.

Consequently, international air passengers who smuggle pork products in their luggage are of great concern and are a priority for the CBP, which is responsible for securing the nation’s borders and facilitating lawful international travel and trade.

A modeling project published in 2019 estimated the risk of ASF virus introduction into the U.S. via international air travel has increased more than 180% since 2018 and 2019 as the disease spreads further into Asia and Europe. The study indicated China, Hong Kong, Russia and Poland account for 97% of the risk, with all other countries contributing less than 1% of the risk.

Following the recent ASF outbreak in the Dominican Republic, the agency strengthened inspections of flights to ensure travelers do not bring prohibited products into the U.S. CBP also ensures the proper disposal of garbage from airplanes to prevent the transmission of the ASF virus.

One of CBP’s valued tools is the famous Beagle Brigade. Day in and day out, these hounds seek and identify smuggled contraband in airline passengers’ luggage.

CBP currently employs 175 agriculture canine handlers with an intent to hire more. There are 104 active canine teams in 39 nationwide ports. Active canine teams will expand to 43 ports of entry upon the completion of hiring and training at the USDA APHIS National Detector Dog Training Center.

CBP shared these notable instances where animal products were intercepted:

Researchers concluded a significant concern related to the ASF virus introduction via air-passenger luggage is linked to the prospect of a traveler disposing of contaminated products outside the airport control zone, where it may infect feral pigs.

According to APHIS reports, feral swine are present in at least 35 U.S. states, giving rise to a population of more than 6 million animals. ASF spreads through populations of wild boar and feral pigs. Consequently, ASF-contaminated products disposed of outside the airport may pose a risk to the domestic pig population in the U.S.

CBP is responding to the heightened concern over FADs, specifically ASF.

“They understand how important it is to the U.S. producer to reduce the threat of FADs, and they take it seriously,” Zaabel said.

At the same time, Zaabel emphasizes everyone in the pork industry needs to remain vigilant.

“CBP can’t find every smuggled item at the border, so it’s critical that producers maintain strict biosecurity at the farm level,” she said. “So, even if ASF gets through the border, it won’t reach the farm and expose pigs to the virus.”

For those in agriculture who are traveling outside of the country or hosting international visitors, here are resources that can provide more information:

While great emphasis has been rightly placed on international air travelers for FAD risks, international students received less attention. Yet, their numbers prove they are a worthy target for FAD education.

Most U.S. students select European countries, with 3% travel to China, according to IIE. In the past, China has accounted for the largest share, 35%, of international students coming to the United States. However, even those who travel to/from Europe pose an increasing FAD risk to the U.S.

“We have had many students traveling between ASF-positive countries and the United States before COVID-19, and I’m sure we will again,” Zaabel said. “We want to make sure they are aware of the precautionary measures they should take and things they should not bring into the United States.”

A Checkoff-sponsored project kicked off last year with the development of an informational PowerPoint targeted at U.S. college students who will be studying abroad. Designed to be viewed prior to the student’s trip, the presentation explains what FADs are, risks to the United States and the student’s role in protecting the nation’s animals when they return home.

“We are working to get this presentation to universities and individuals who work with these U.S. students,” Zaabel said. “The target is any student, whether they have a two-week project or a year-long commitment.”

CBP is reaching out to foreign universities and embassies to get the presentation in front of those students. Meanwhile, NPB is doing the same with U.S. colleges and universities.

Looking ahead, NPB and CBP are discussing opportunities to expand the educational efforts. One example is to reach a wide range of researchers.

“Not necessarily swine or agricultural researchers,” Zaabel explains, “but others who might bring samples into the United States from other countries and are not aware of the FAD risks to the U.S. pork producer.”