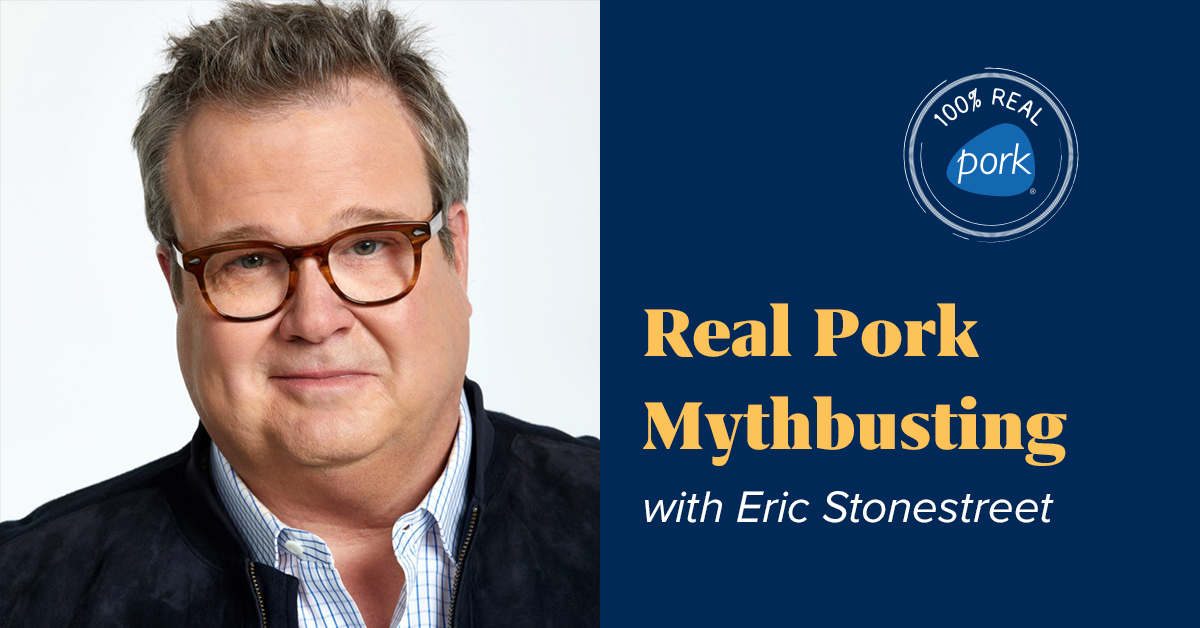 “Farmers are my people. Pig people are my people. I knew when this came across my plate that it was an opportunity to re-tether myself to where it all started for me.”

Copyright © 2021 National Pork Board. All rights reserved.
Repurposing this webinar or its contents (quotes, images, video, audio) is strictly prohibited.

National Pork Board (NPB) partnered with Emmy Award-winning actor Eric Stonestreet to dispel common misconceptions about pork production through a series of social media videos in 2021.

During the Pork Checkoff July producer webinar, Jennifer Shike, editor for Farm Journal’s PORK, interviewed Eric Stonestreet about his background and what sparked his interest in the campaign.

“Farmers are my people. Pig people are my people,” says Stonestreet. “I knew when this came across my plate that it was an opportunity to re-tether myself to where it all started for me.”

Stonestreet says the filming on a commercial pig farm and talking about the producer-chosen myths has been a full-circle moment in his life. He mentioned producers and agriculturists have a “clear ability to get work done” as they work with nature’s clock.

“Sixty pigs relied on me, a 5th grader, to feed and water them before and after school,” reflects Stonestreet. “Life wasn’t just about me. It was about the sustainability of those pigs on our property. There’s no doubt the work ethic instilled in me through raising hogs was relatable to my career in learning how to apply myself.”

Stonestreet addressed the disconnect between food production and consumers. He says he wants to help change people’s minds by exposing them to modern technology and cleanliness in barns, and how pigs are taken care of so individuals feel assured they can serve a safe, nutritious product for dinner.

This campaign is just one example of how the Pork Checkoff is using Real Pork, the industry’s new trust and image brand, to tell a more complete farm-to-fork story and protect producers’ freedom to operate. Watch the full webinar below and engage with the campaign on Facebook, Twitter and YouTube pages.

What Myths are Being Addressed?

NPB surveyed consumers about their pork consumption preferences. The survey found 20% of respondents plan to reduce consumption and 11% already have. It also identified perceived concerns about animal housing, nutrition and what pigs eat.1

To address these concerns, the Pork Checkoff-funded campaign will launch in September. Each social media video re-defines idioms and phrases associated with pigs and pig farming to instead showcase the innovation of modern pork production, including: