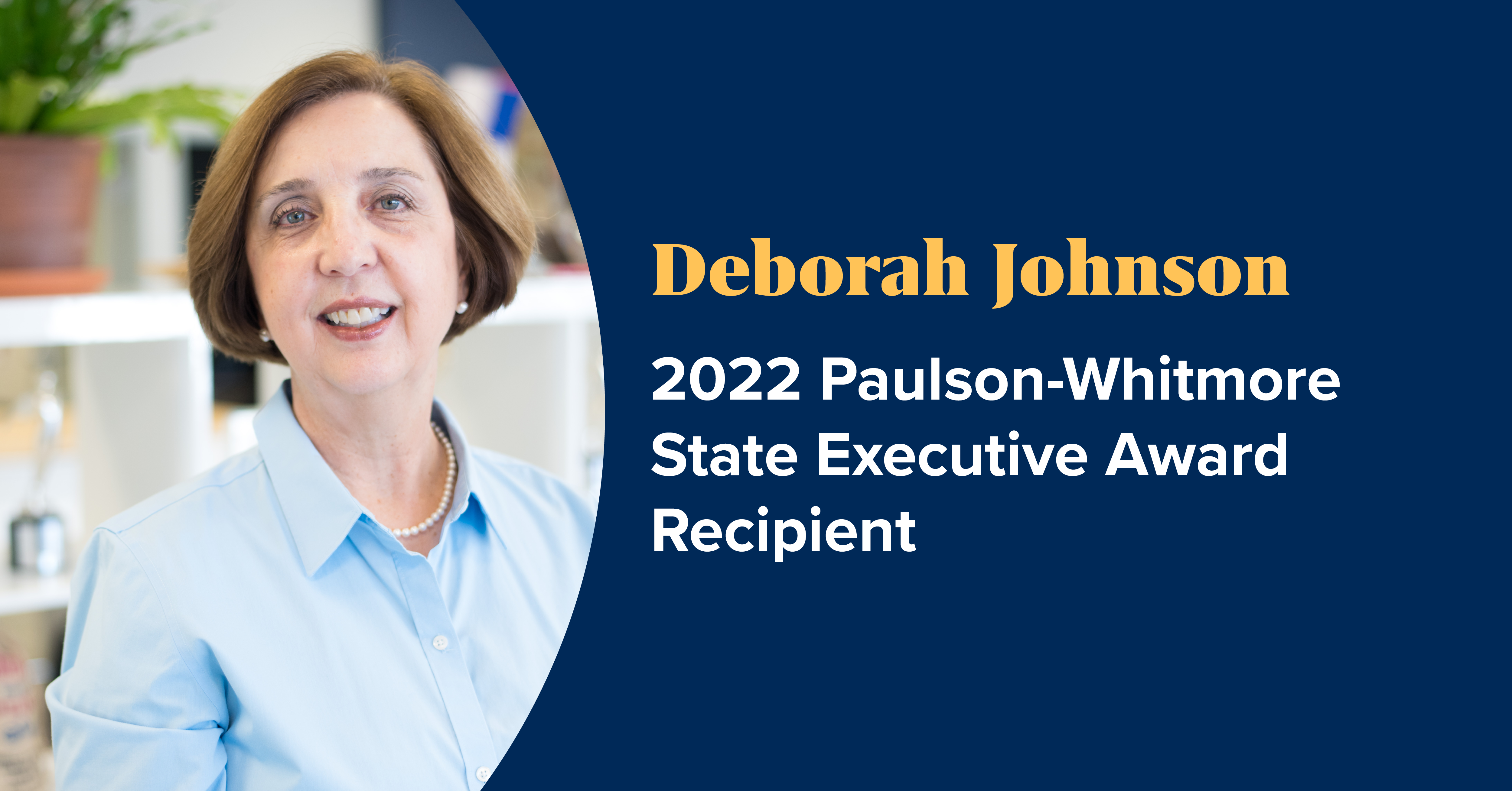 Deborah Johnson was born and raised in Johnson County, North Carolina, where her parents, Raeford and Edith Johnson expected their five children – four boys and Deborah – to pull their weight on the family’s multi-generation farm where they raised crops. And Deborah did. But when she left for college at the University of North Carolina – Chapel Hill, she had no intention of being involved in agriculture. To the great relief of the North Carolina pork industry, she did ultimately use her training in communications to their benefit.

Deborah’s career includes work with Prestage Farms, Premium Standard Farms, North Carolina State Ports, Cape Fear Farm Credit, and, for 11 years, CEO of the North Carolina Pork Council. A quintessential Southern lady, Deborah is steely when she needs to be, embracing when she needs to be and always utterly professional. Desiring the kind of upbringing she and her husband, Von, enjoyed on the farm for their son, Daniel, and daughter, Kristen, the Johnsons began raising turkeys and continue to own their family’s farm, growing row crops. Now, grandson Grey visits and appreciates the farm legacy.

At the North Carolina Pork Council, Deborah was a coalition builder and visionary. With experience as a Council board member and past president, as well as former Pork Industry Delegate and National Pork Board member, she gained a breadth of knowledge and perspective, complementing her own skills in bridge-building and communications. Never confrontational but controversial if the occasion warranted, Deborah led on issues, always prepared and with a complete background on the topic at hand.

Deborah advocates relentlessly for pork producers and North Carolina agriculture. While serving as the North Carolina Pork Council’s CEO, she founded the North Carolina Animal Ag Coalition, now known as the Food Dialogues, and NC Farm Families, a group still going strong promoting and educating about the value of production agriculture, with a strong focus on pork. During her tenure, the Council also addressed hunger in North Carolina, partnering with the NC Association of Feeding America Food Banks. This work addressed childhood hunger and examined how food banks and farmers could work together. This effort reflects Deborah’s interest in youth and their success whether in school, on the farm, or in the show ring.

Association executives often encourage producer-leaders to be the voice of the industry they represent. Deborah recruited, encouraged, equipped and challenged pork producers to be active locally, at the state level and beyond. Deborah invests in people, helping them reach their full potential. As a result, she has created many advocates for the pork industry and agriculture. These voices are present at county commission meetings, in the North Carolina State Assembly and in Washington, D.C., in Congress and with regulatory agencies. Deborah’s example of effective communication and preparedness resonates yet today, and her contributions to the North Carolina pork industry are still evident.

Among the many accolades and awards she has received; Deborah now adds the National Pork Producers Council/National Pork Board Paulson-Whitmore State Executive Award celebrating her invaluable contributions to the industry she loves and serves.